My obelisk entwined by Scarlet Runner Beans has become one of the highlights of my late summer garden. Because we had a late freeze, I didn’t get my beans planted until late, and perhaps that is why they are still blooming profusely in late August., but for whatever the reasons, I am delighted by Scarlet’s gorgeous little sprays of red flowers. I love the way that the vines arch across the sky. 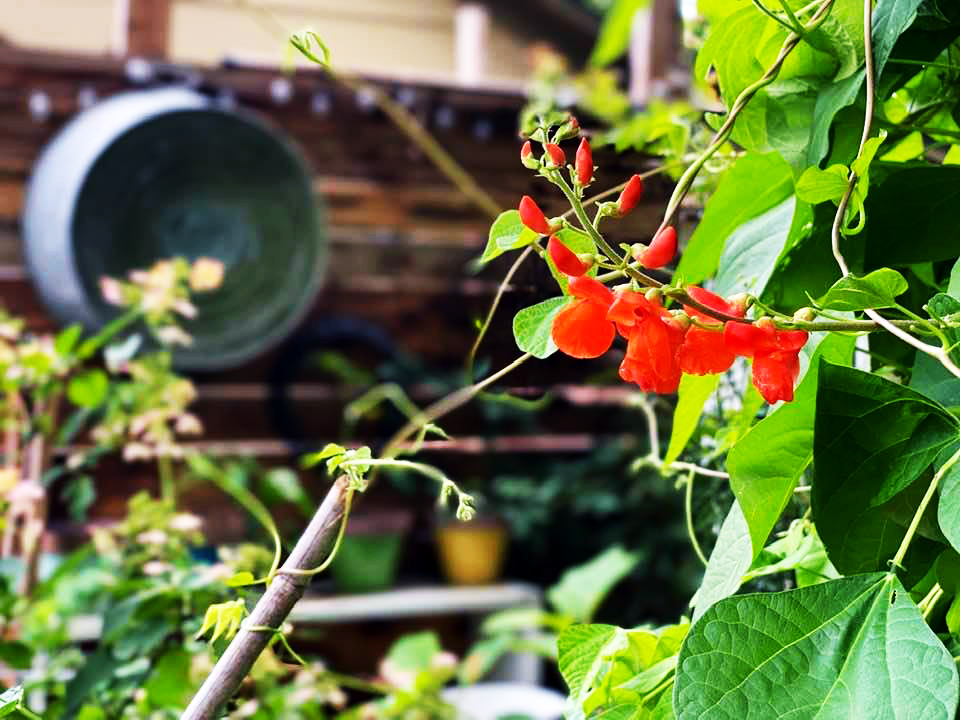 Even up close, the flowers of the Scarlet Runner are gorgeous: 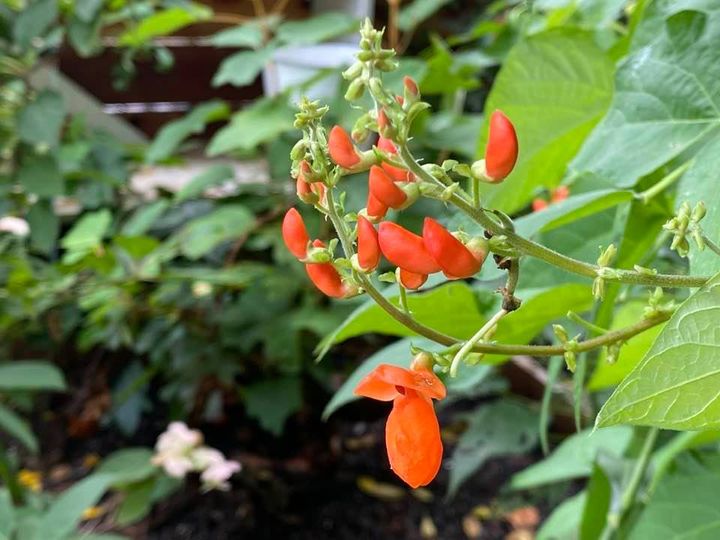 Some time in late May, I finally got my beans planted, and expecting a show from them, I planted the scarlet runner beans around a magnificent iron obelisk that I own. For weeks, it seemed as though nothing was going to come from that planting, but by July, a few vines had begun to spool themselves in and out of the rods of the obelisk 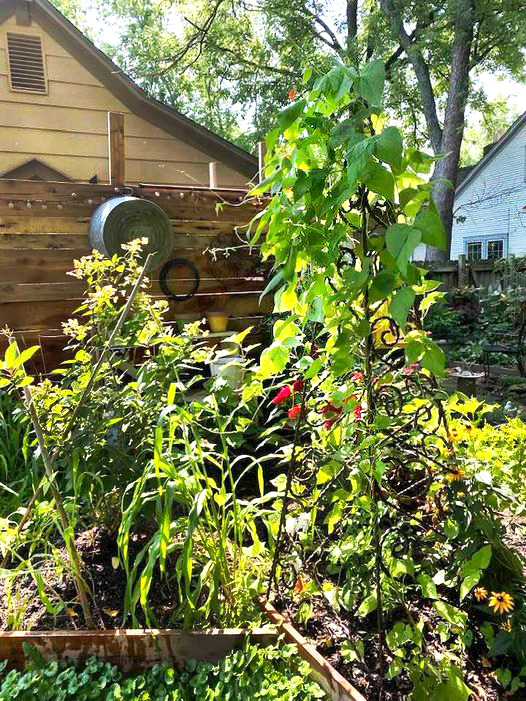 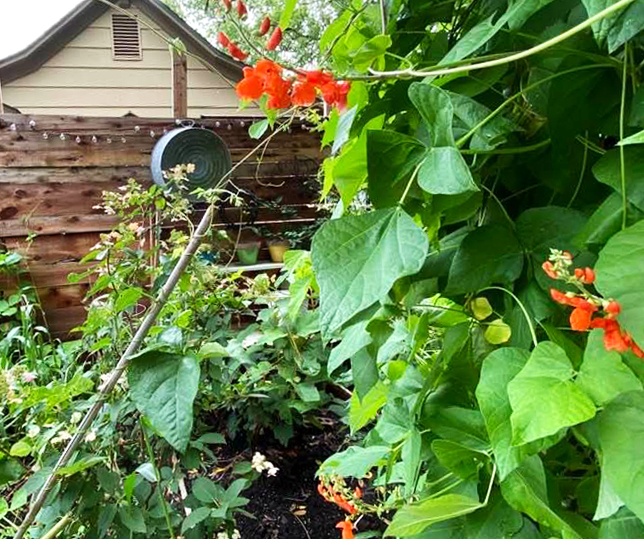 And look what a trellis can do with the plant:

Because Scarlet Runner Beans are Both Vegetables and Flowers, They Are Perfect for Plants to Be Grown in Cottage Gardens:

In his book The Cottage Garden, Christopher Lloyd says that as early as the 1800s, the peasants and the less wealthy began adding flowering plants to their gardens. Prior to that, the peasants had only grown a couple of animals, some bees for honey, and some medicinal plants.

In his book The Cottage Garden, Christopher Lloyd said the following about cottage gardens:

“During the Middle Ages, peasant gardeners were more interested in meats, honey, herbs, and other medicinal plants than they were on flowering plants. Their gardens were focused on functionality on not on beauty, but they began adding flowering plants here and there.

“By the 1800’s, gardeners began to grow flowers for decoration–as well as for their practical value. Yet, even then, the decorative flowers selected often had a dual purpose. For instance, the primroses and calendulas were used in cooking”

Trying to Define a Cottage Garden

Scarlet Runner Beans are indeed plants that have a dual purpose. They are both beautiful, and the beans are edible, and because Scarlet Runner Beans are a vine that grow upward, rather than outward, they are space savers. That would have also worked well in cottage gardens, which had very little garden space. Remember that you can turn almost anything that is tall into a trellis that would be suitable for growing vining beans:

“Description
This species originated from the mountains of Central America. It was most likely cultivated in the highlands of Mexico and Guatemala around 2000 BC.[6] Most varieties have red flowers and multicolored seeds (though some have white flowers and white seeds), and they are often grown as ornamental plants. The vine can grow to 3 m (9 ft) or more in length.[7]

It differs from the common bean (P. vulgaris) in several respects: the cotyledons stay in the ground during germination, and the plant is a perennial vine with tuberous roots (though it is frequently treated as an annual in colder climates).

The knife-shaped pods are normally green; however, there are very rare varieties bred by amateurs that have very unusual purple pods. An example of such a purple-podded runner bean is ‘Aeron Purple Star’.[8]

“The quick-growing twining vines can get up to 15 feet or more in length (although they tend to be closer to 6-8 feet in most Midwestern gardens), rambling through other vegetation, or climbing on a trellis or other support in a garden.

“About two months after sowing plants produce scarlet red, or occasionally white, typical legume flowers with the two lowermost petals combining into a “keel”, the uppermost petal modified into a hoodlike “standard”, and the petals on the sides spreading as “wings.” Up to 20 inch-long flowers are produced in each cluster (raceme) along the vines.

Usage
“In the US, in 1978, the scarlet runner was widely grown for its attractive flowers primarily as an ornamental.[11] Since that time, many US gardeners have adopted the bean as a regular member of the vegetable garden. The flower is known as a favourite of hummingbirds. In the UK – where the vegetable is a popular choice for kitchen gardens and allotments – the flowers are often ignored, or treated as an attractive bonus to cultivating the plant for the beans.