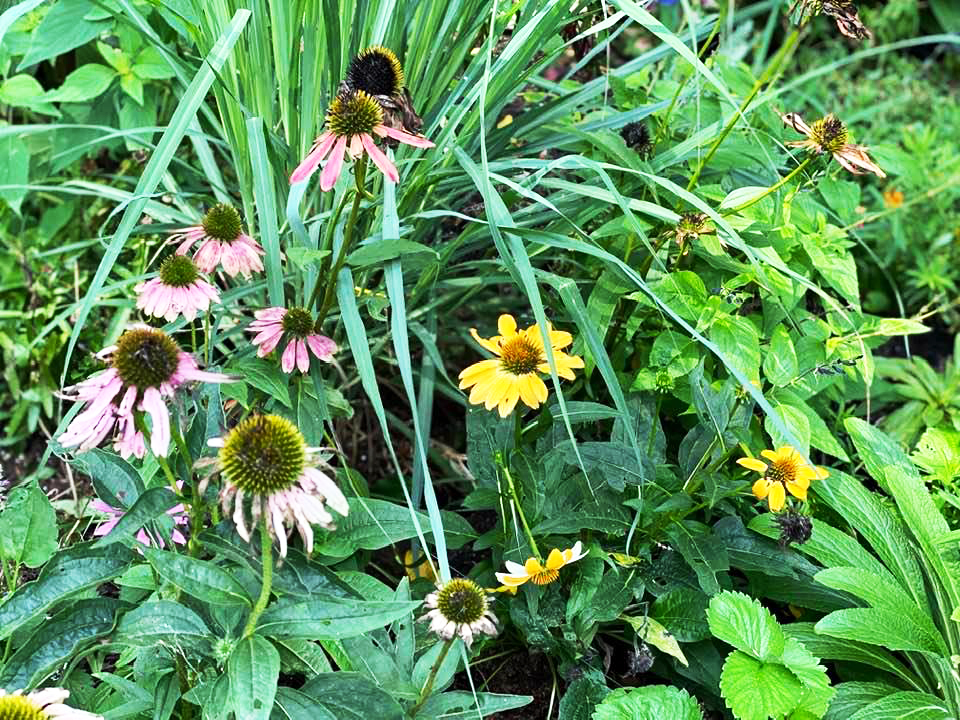 Nothing sings the song of autumn more eloquently than coneflowers withering on their stems. Mid-July I was at a nursery, purchasing a perennial that had passed its season, and I explained to the salesperson: “It’s ok. Spring will come again. It’s almost October now.” The lady looked suspiciously at me. Her garden had not taught her that nature has an ever-renewing—ever-changing beauty about itself. She had not learned that “To everything, there is a season.” 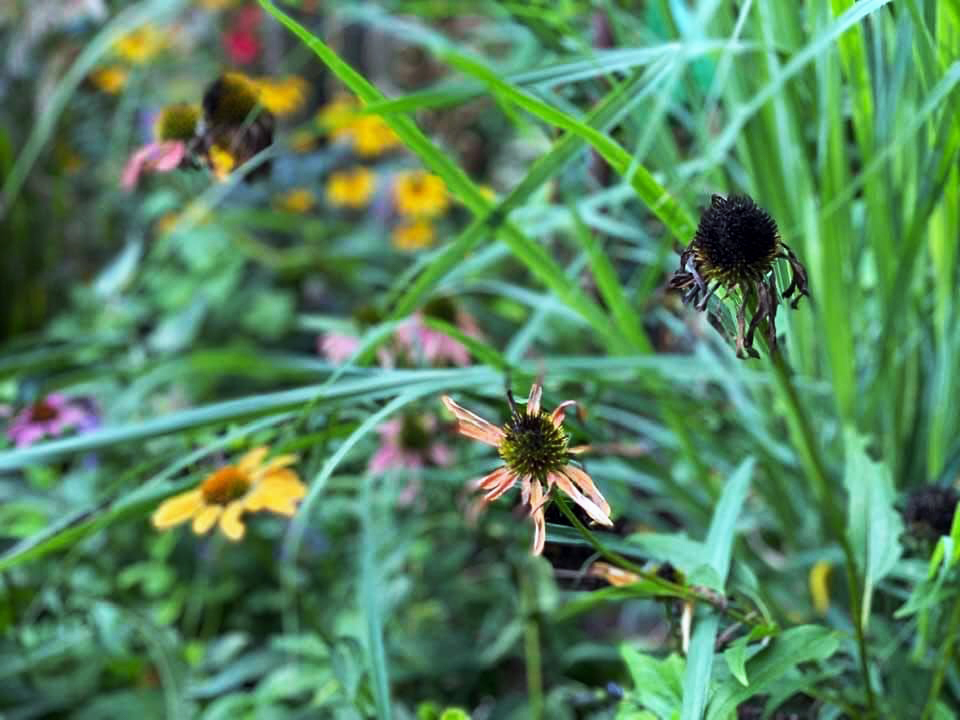 I know that these spent blooms need to be dead-headed, but just for a while more, I am enjoying watching my garden transform itself into fall.

Not more than two months ago, this same area was verdant and these same flowers were thriving. 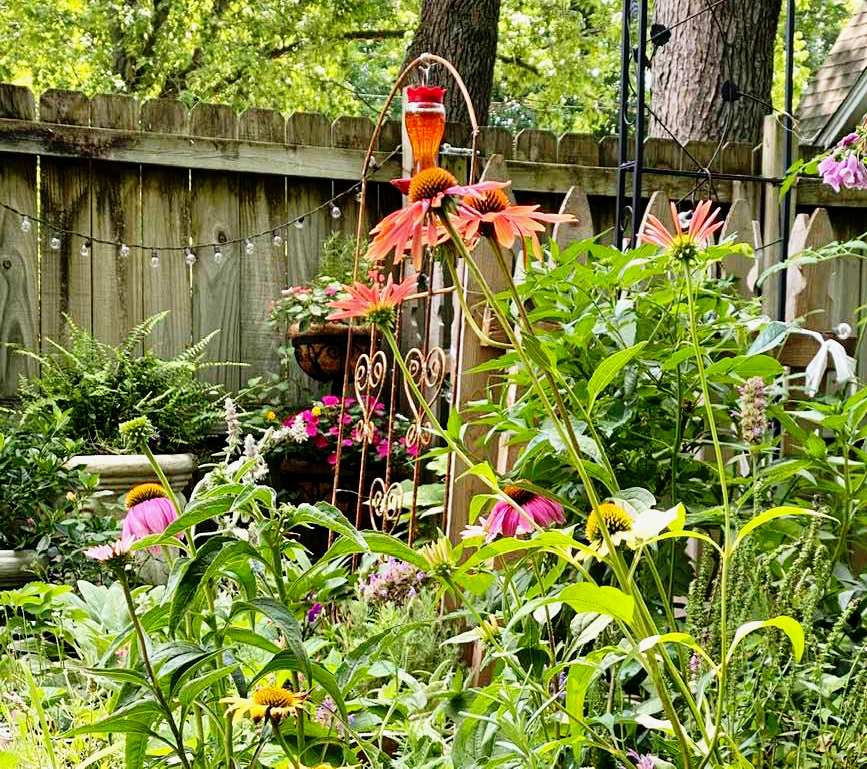 But two months before that, the coneflowers were still buried in the ground, but nothing could have thrilled me more then than the daffodils that had popped and were welcoming spring.

Spring in the Cottage Garden

“When I walk through that gate…that’s my escape.” – Maria Sharapova