The spring and early summer have been the months during which I created my garden in the Ozark mountains. I garden for many reasons, but one of those reasons is to celebrate life rather than merely existing in that life. Part of being able to celebrate one’s life is to hush all of the extra stuff that continuously tries to drown us in that stuff. The first few weeks of this past spring, I built raised beds for planting my garden. And then I built a wall around my garden–to separate me from some of life’s distractions so that I could shelter in place. The building phases of my garden structures were not celebrations, however. They were just hard work–a means to an end.

After that, I began planting my garden, and that was more of a work time than a celebration, too.

But finally, the flowers began to bloom, the vines began to vine, the roses began to rose, and Voila! It was time for me to celebrate, and although I took a lot of photos of my garden along the way, I did not properly celebrate.

Fortunately, I have finally realized that I have enough time to do with my garden what I intended to do all along. Today, I have begun my celebration. By that, I mean that I went above and beyond the mere snapping of a photo of my garden to possibly share on Facebook. I sat in view of the scene that I captured in that photo, and I began to record my thoughts and my feelings about what I saw.

Days before, I had intended to write a blog post about how the minutes that I spend in my garden snapping one photo or another was an act of mindfulness, but today, I can honestly say that snapping a photo of what you see and writing about what you see are two different things. To snap a photo requires a few seconds of mindfulness, but writing a description requires that I totally stop the world around me for several minutes and to step into the world about which I am writing. In totally stepping into my garden to write about it, I am able to stop the chatter within myself that happens when my mind is darting all around. Robin Wright , who teaches both at Princeton and at the University of Pennsylvania and who authored the book Why Buddhism Is True, would say that when a mind is darting about, it is wandering. 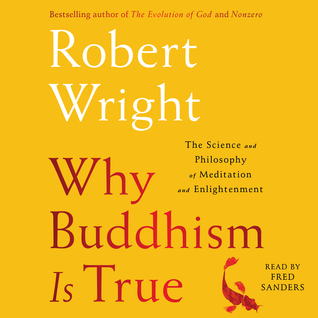 In his lectures about Mindfulness and Meditation,  Robin Wright says that when our minds begin to wander, they typically process on either the past or the future–normally, the future, and for most of us, when we process the future, we worry.

In a conversation with Paul Bloom, a professor from Yale, Wright begins to explore the fact that we tend to view things either positively or negatively. Through mindfulness, we begin to neutralize some of our reactions by forcing ourselves into awareness of things that we might not otherwise notice.

I don’t even pretend to understand Buddhism. I am not a Buddhist, but I do believe that Mindfulness can have a positive effect on anyone’s life. Both writing and painting are ways that we become more mindful.

Artists and Writers Must See – Even Flies See

And when I am truly seeing, I am being mindful.

I truly admire Dorothy Wordsworth, who lived during the early 1800s, and I especially love reading the glimpses of the natural world that she left us in her journals; that Dorothy Wordsworth kept during her lifetime. In the first entry into her Grasmere Journal, Dorothy said that one of her reasons for writing a journal is so that she would not quarrel with herself, and I think that she was saying that through writing in her journal, she was able to shut out the external chatter and to be more mindful.