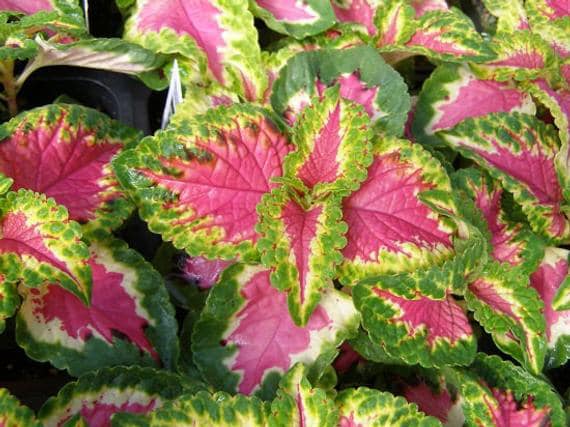 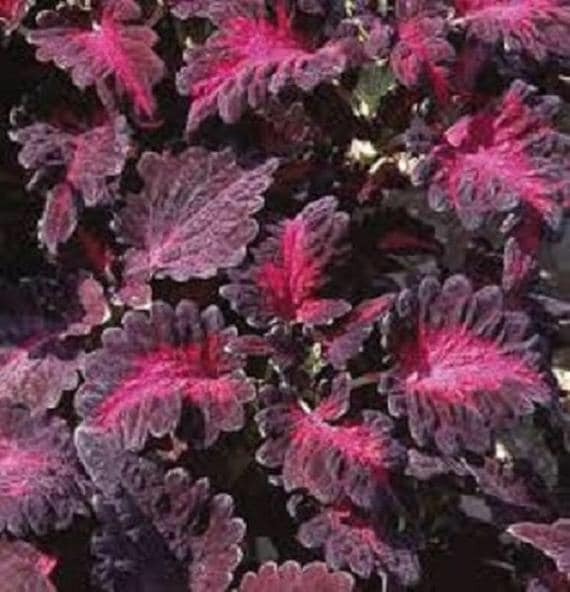 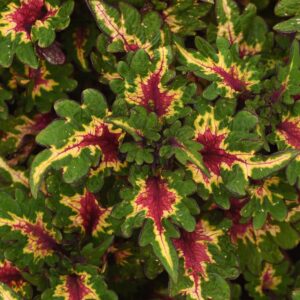 You will not detect anything brown in the coleus plants above. Wizard Rose is a brilliant pink with tones of green. Pinkplosion is a bit darker than Wizard Rose. Black Dragon is a gorgeous variety of magentas, maroons, and purples. All are outstanding plants. 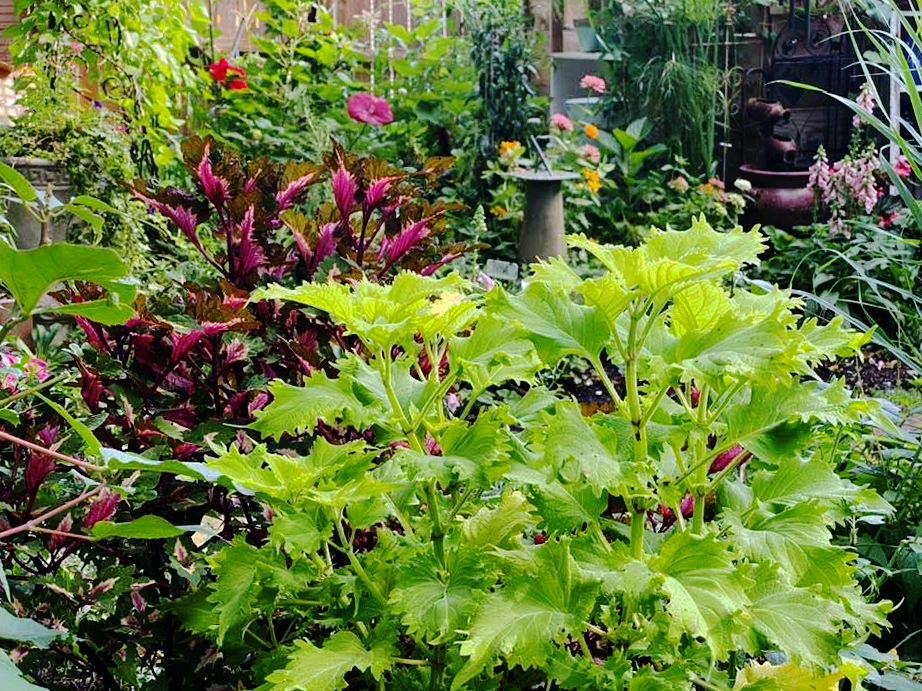 In the above photo, you also see a lime green coleus. Its name is Limelight. I believe that the pinkish coleus is Pinkplosion. 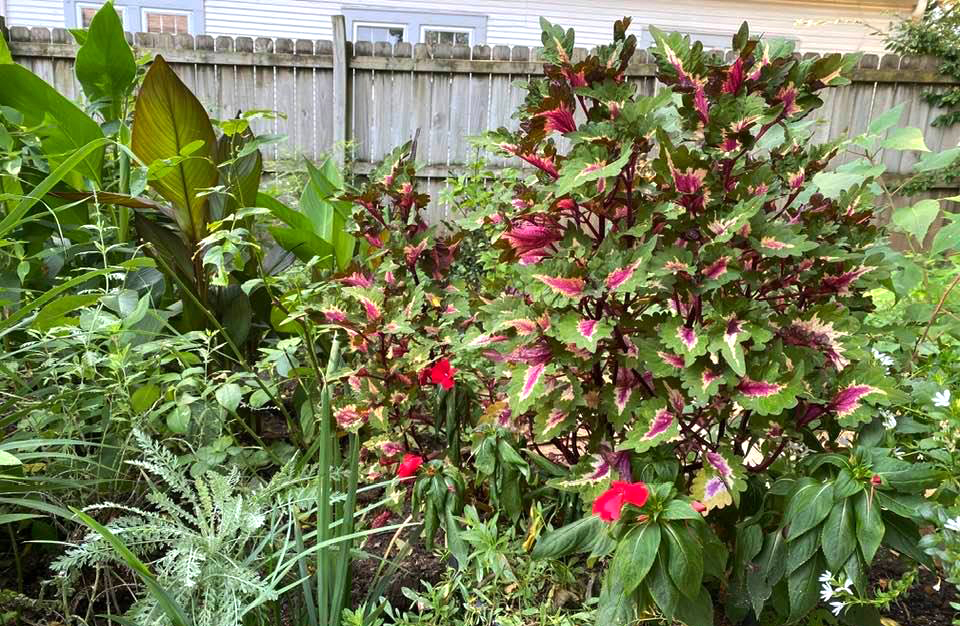 Coleus plants are also called Painted Nettles, and painted they are. 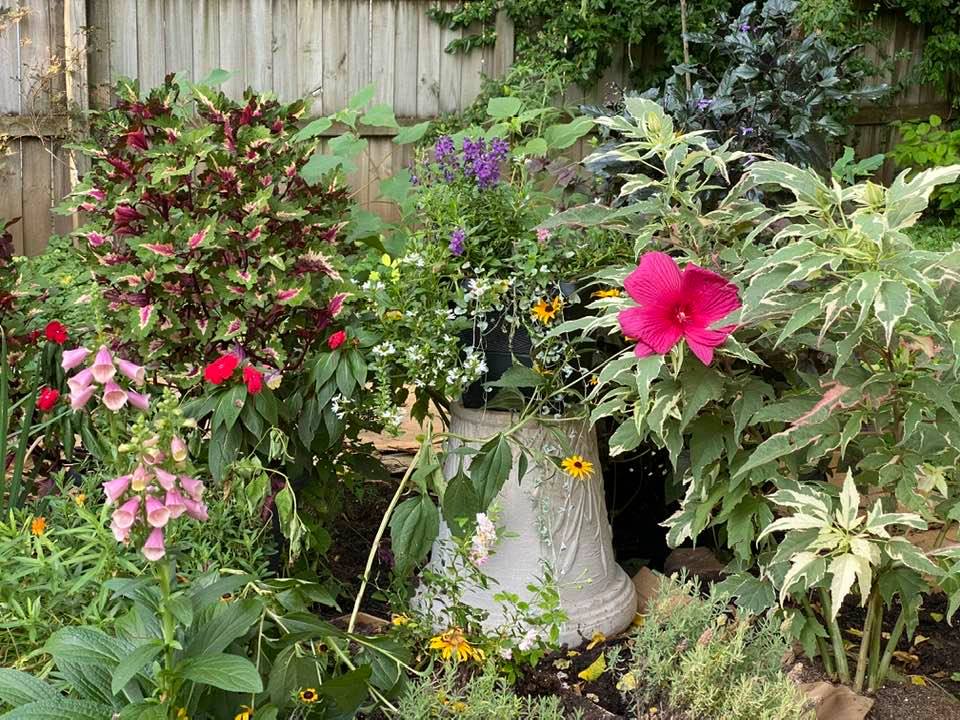 I am not trying to confuse the issue, but this year, I discovered the hardy hibiscus plant Summer Carnival that has coleus-like foliage. I placed my coleus plant near Summer Carnival to facilitate the comparison of the leaves, 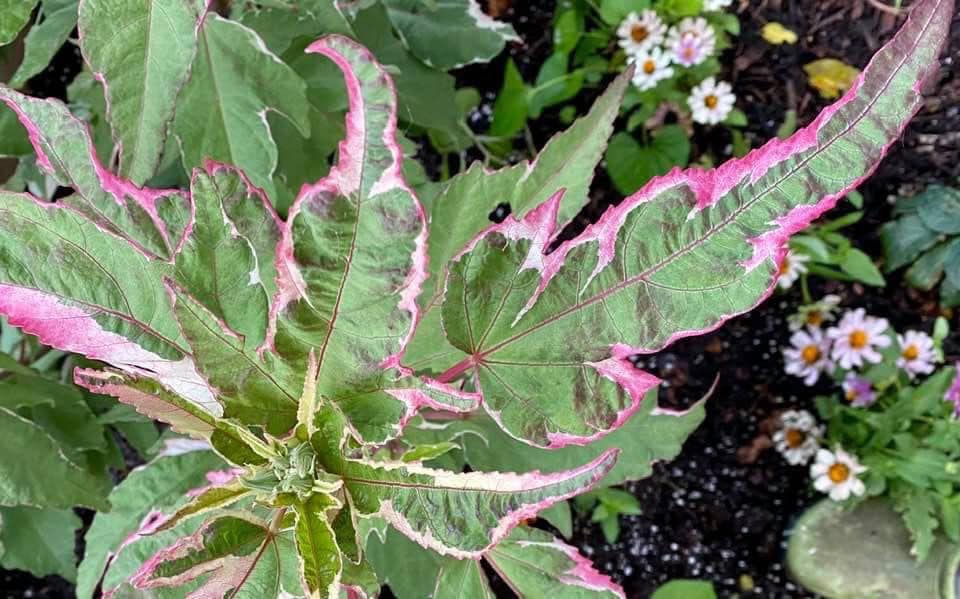 Again, hardy hibiscus plants and coleus plants are not the same.

Summer Carnival has massive, 7″ blooms, and Coleus plants only produce a few small blossoms toward the end of their seasons. 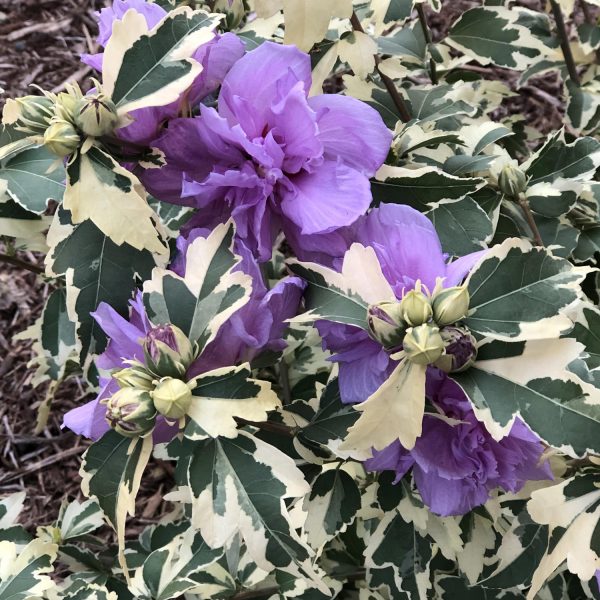 I have discovered that there are a few other varieties of hardy hibiscus plants with variegated leaves, and next year, I hope to add others of them to my garden, too.

Coleus plants are similar to the old, traditional nettles of English lore, but they are not exactly the same. Dead Nettle is a small, ground cover. In the above photo, you see it circling the green and white hosta plants. There are several varieties of lamium similar to the Purple Dragon. Some of the lamium plants can be invasive, but again, Coleus or Painted Nettle and Dead Nettle are not the same Nettles that I’ve seen mentioned in the lore of old England. 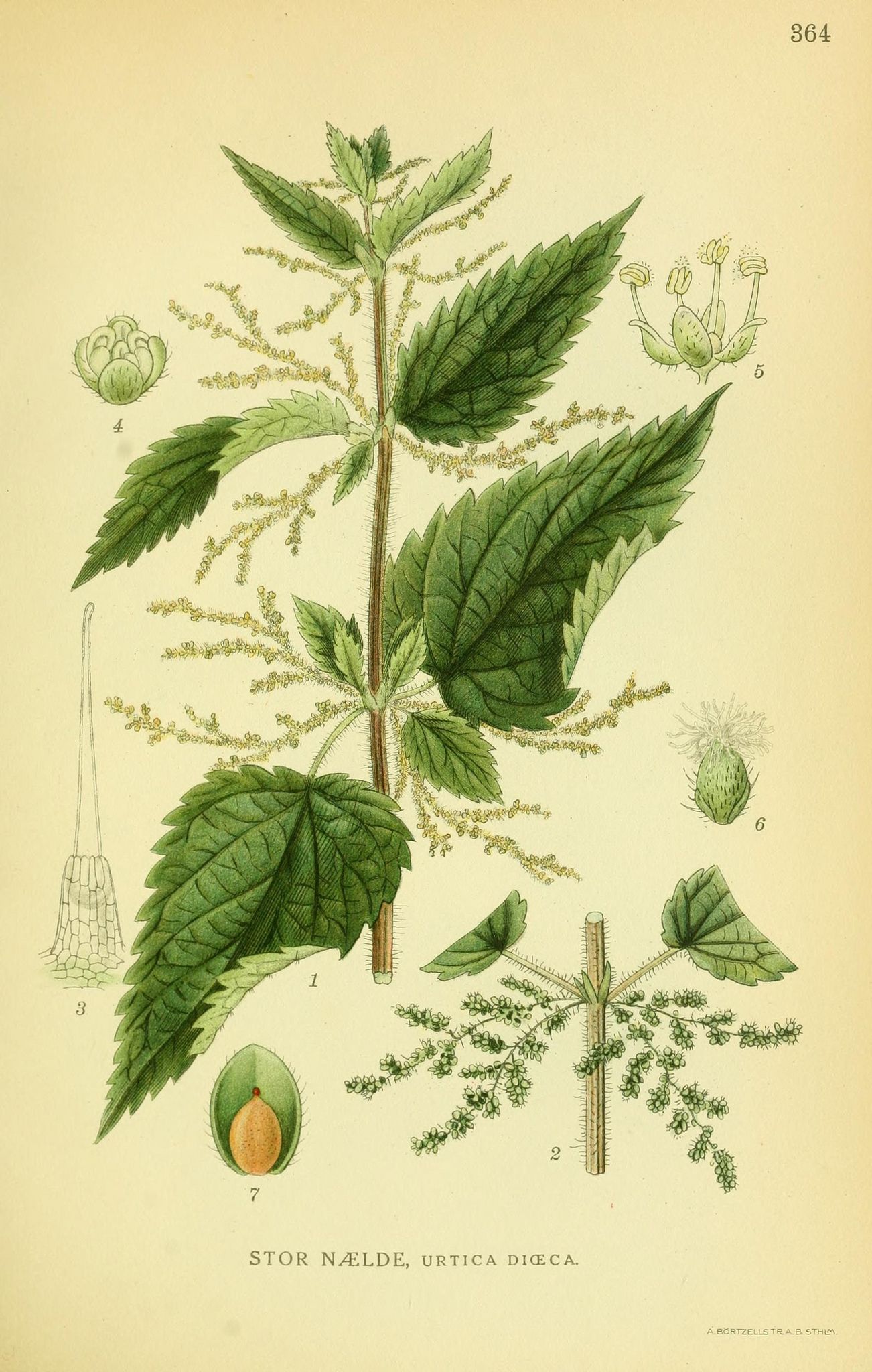 Culpepper talks about Nettle in his book The Complete Herbal that was published in 1653:

The Complete Herbal by Culpepper Published in 1653

Wikipedia says the following about the distinction between Nettle and Coleus plants:

“Coleus scutellarioides, commonly known as coleus, is a species of flowering plant in the family Lamiaceae (the mint or deadnettle family), native to southeast Asia through to Australia. Typically growing to 60–75 cm (24–30 in) tall and wide, it is a bushy, woody-based evergreen perennial, widely grown for the highly decorative variegated leaves found in cultivated varieties.[2] Another common name is painted nettle,[3] reflecting its relationship to deadnettles (Lamium species), which are in the same family. (True nettles and their close kin are in the family Urticaceae.)” Wikipedia

Wikipedia names the following as some of the varieties of the coleus family that have gained the Royal Horticultural Society’s Award of Garden Merit::

Note: None of the following images are mine. I found these photos through Google Images. 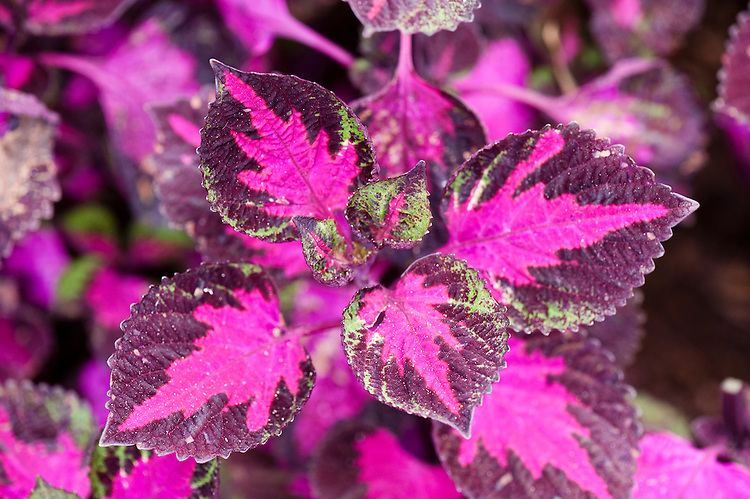 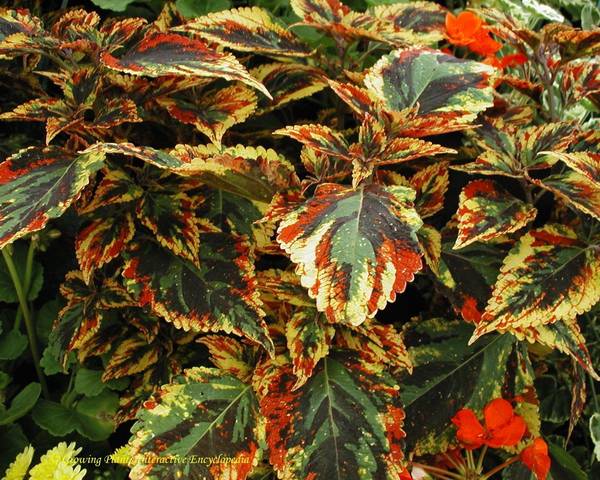 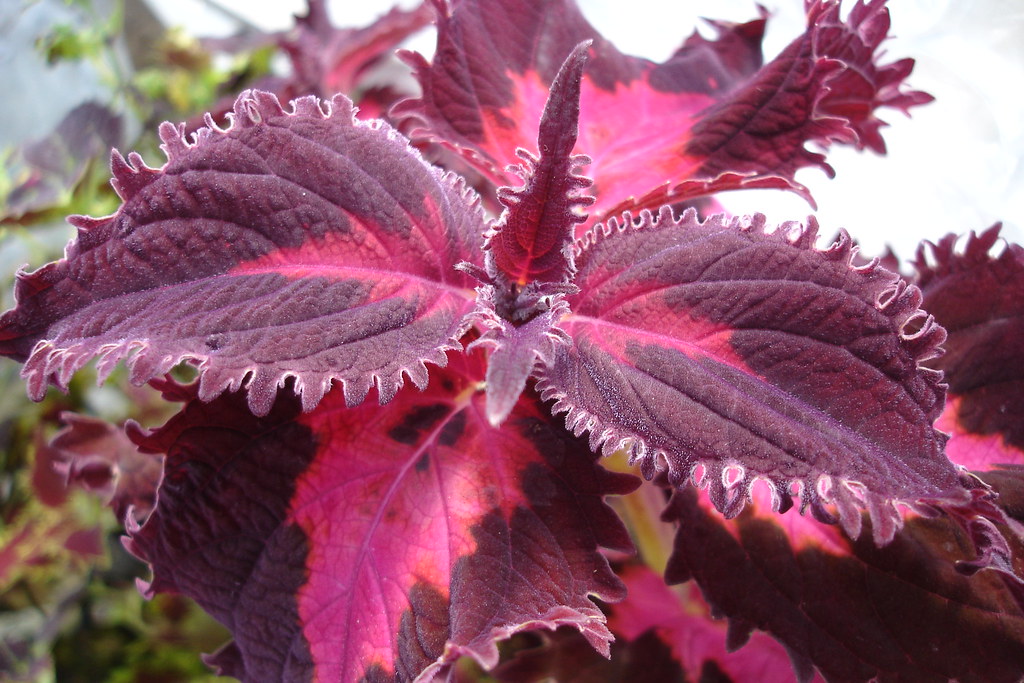 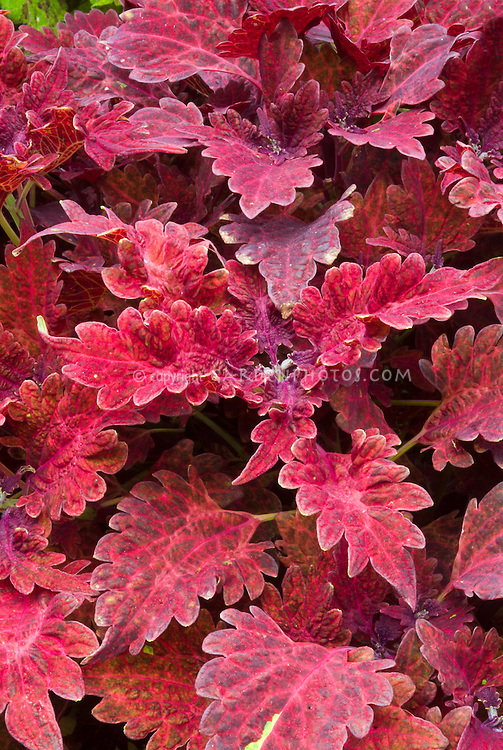 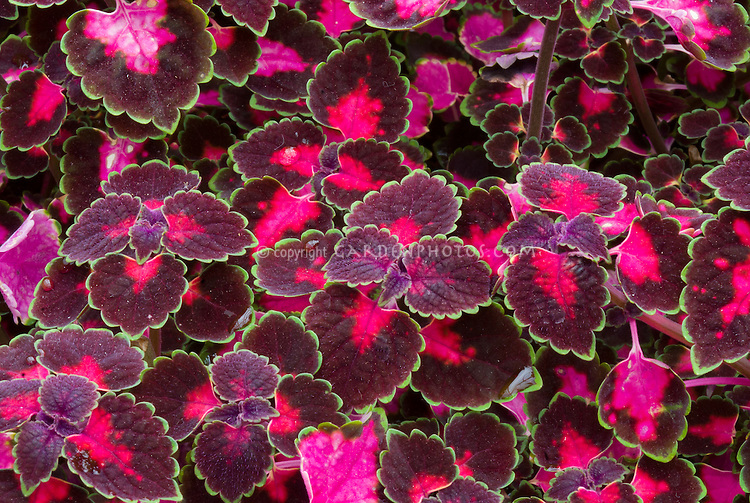 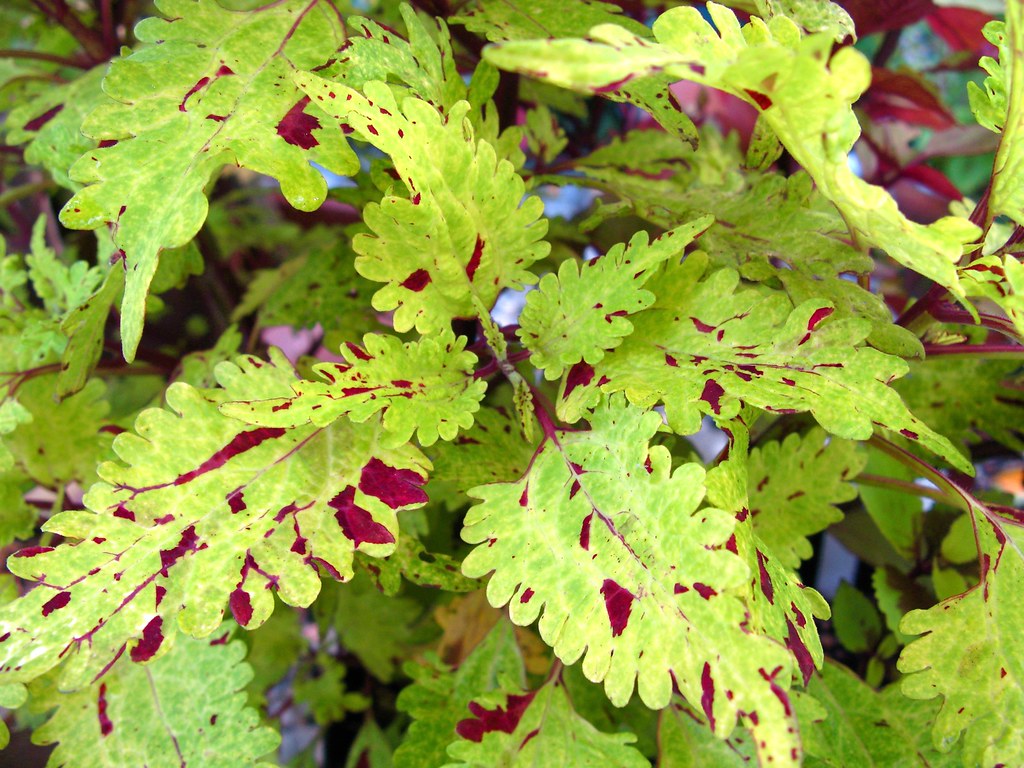 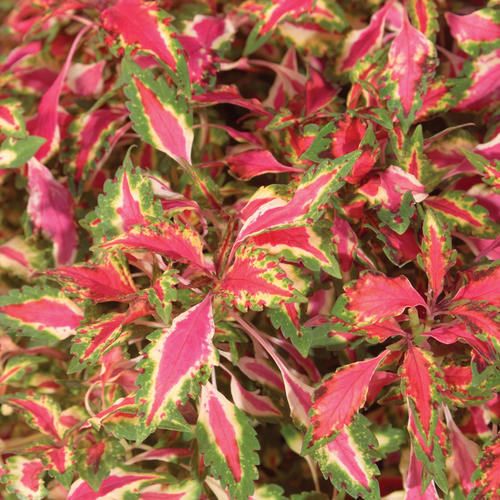 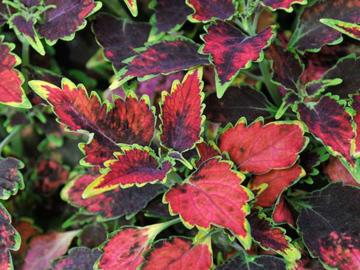