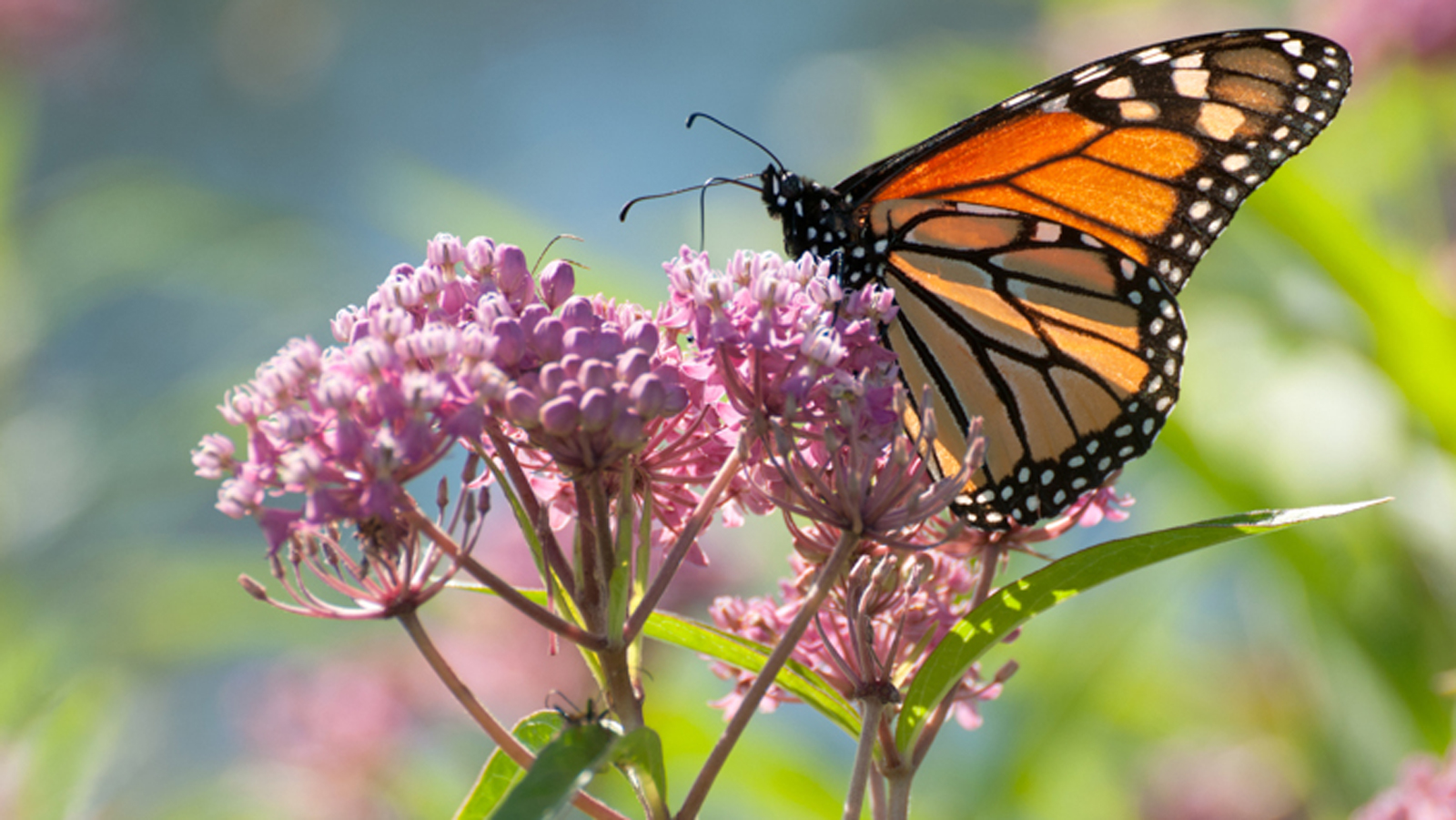 While the following information specifically names milkweed in Missouri, milkweed is a native plant in much of the south. 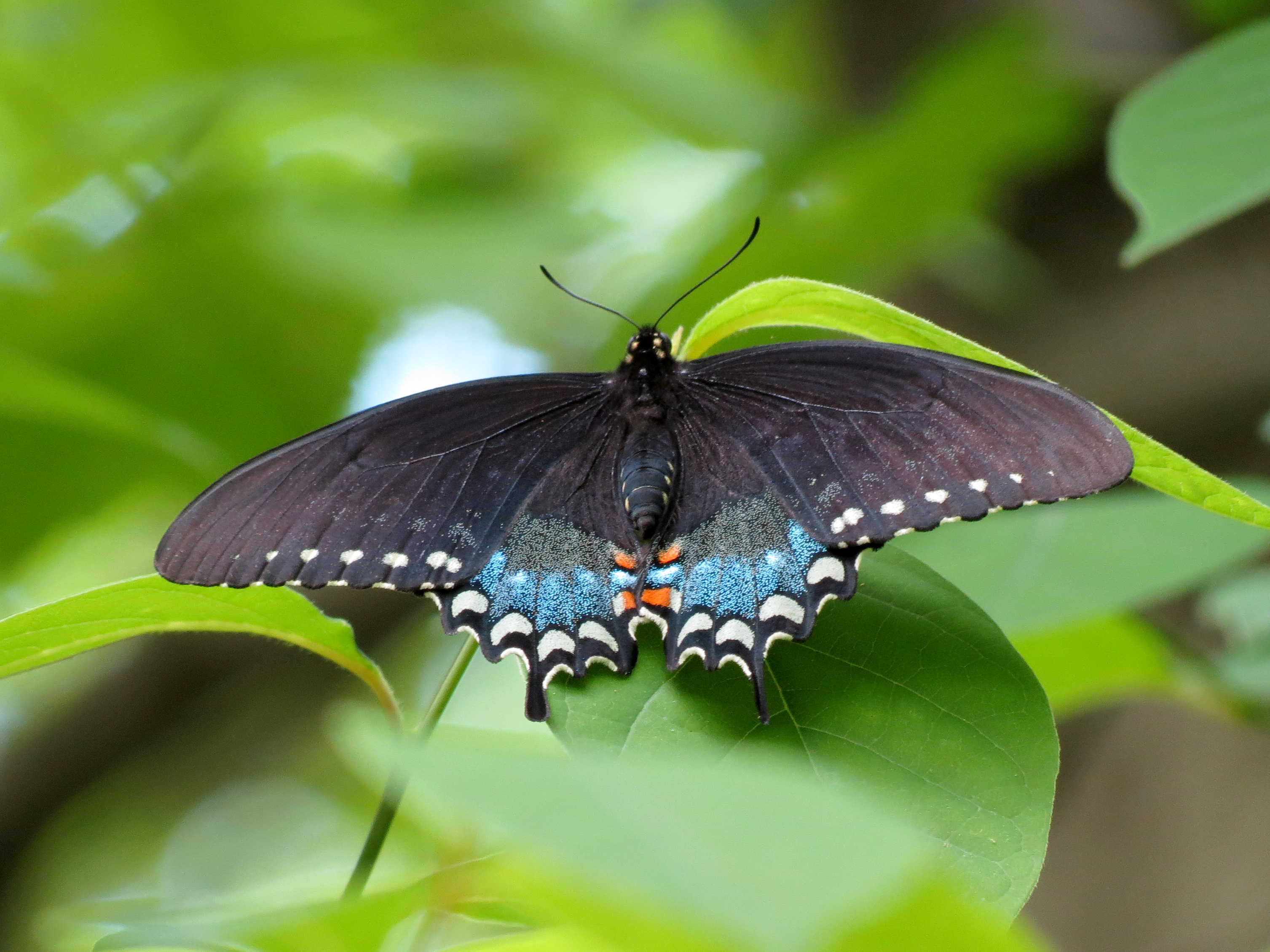 I planted both Swamp Milkweed and Tropical Milkweed in my New Jersey garden, and I had a host of monarch butterfly visitors who laid eggs there. It was thrilling to watch the monarch caterpillars be transformed into glorious butterflies in New Jersey, but perhaps because I have not found tropical milkweed for my Ozarks garden, I have seen very few monarchs here.  Yet, I do have swamp milkweed and common milkweed planted now, and while I have seen very few monarchs in my current garden, I have seen numerous Eastern and Spicebush Swallowtails here. I’m not sure whether the swallowtails have been attracted by my milkweed or by the woody stuff in my planting soil. At this point, I have only seen them hanging around the soil. I certainly have no spicebushes in my yard, and that is the preferred host plant for the spicebush butterflies.

Easily grown in medium to wet soils in full sun. Surprisingly tolerant of average well-drained soils in cultivation even though the species is native to swamps and wet meadows. Plants have deep taproots and are best left undisturbed once established. Foliage is slow to emerge in spring. “Flowers are followed by attractive seed pods (to 4″ long) which split open when ripe releasing silky-haired seeds easily carried by the wind. Flowers are very attractive to butterflies as a nectar source. In addition, swamp milkweed is an important food source (albeit somewhat less important than upland species of Asclepias) for the larval stage of Monarch butterflies.” Missouri Botanical Garden

“Common milkweed is a rough, weedy Missouri native perennial which commonly occurs in fields, open woods, waste areas, roadsides and along railroad tracks throughout the State (Steyermark). It typically grows 3-4′ (less frequently to 6′) tall on stout, upright stems with thick, broad-oblong, reddish-veined, light green leaves (to 8″ long). Domed, slightly drooping clusters (umbels) of fragrant, pinkish -purple flowers appear mostly in the upper leaf axils over a long bloom period from late spring well into summer. Stems and leaves exude a milky sap when cut or bruised. Flowers give way to prominent, warty seed pods (2-4″ long) which split open when ripe releasing their numerous silky-tailed seeds for dispersal by the wind. Seed pods are valued in dried flower arrangements. Flowers are a nectar source for many butterflies and leaves are a food source for monarch butterfly larvae (caterpillars).” Missouri Bontanical Garden

“This bushy, 1 1/2-2 ft. perennial is prized for its large, flat-topped clusters of bright-orange flowers. The leaves are mostly alternate, 1 1/2-2 1/4 inches long, pointed, and smooth on the edge. The yellow-orange to bright orange flower clusters, 2-5 inches across, are at the top of the flowering stem. The abundance of stiff, lance-shaped foliage provides a dark-green backdrop for the showy flower heads.

This showy plant is frequently grown from seed in home gardens. Its brilliant flowers attract butterflies. Because its tough root was chewed by the Indians as a cure for pleurisy and other pulmonary ailments, Butterfly Weed was given its other common name, Pleurisy Root. Although it is sometimes called Orange Milkweed, this species has no milky sap.” wildflower.org