Although I like all flowering cherry trees, I am particularly attracted to the cherry trees that “weep,” and I especially like it when they weep over a water feature.

The above image is a Higan Weeping Cherry.

The Yoshino Weeping Cherry has white blooms that are kissed by a touch of pink. 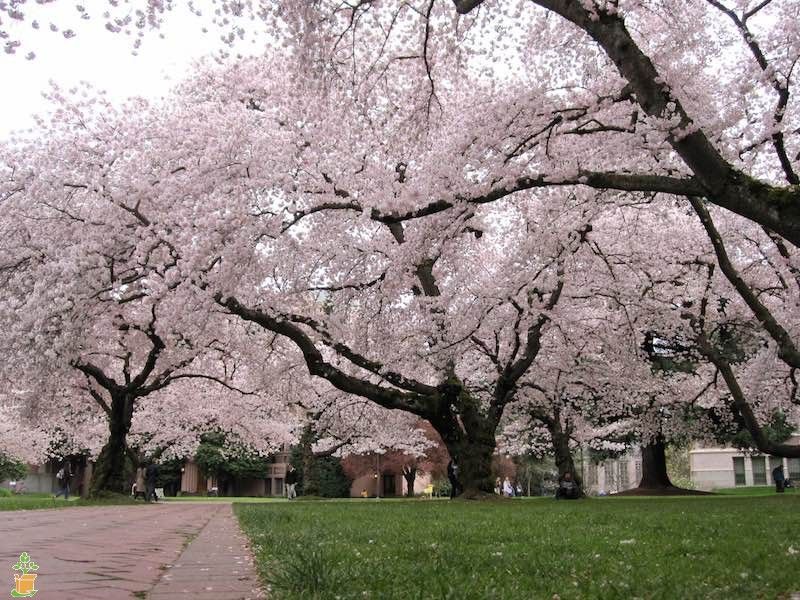 I am planting both pink and white cherries, and beneath them, I’ll build a waterfall that flows into a pond. Below, you’ll see the waterfall that I created in my New Jersey garden:

I have an affinity for secret gardens. WhenI was a child, an enormous weeping willow grew in my yard. On many, many of the summer days of my childhood, I would push apart the branches of that old tree, and I would enter my very own and private garden house. I have never outgrown my need for that kind of private garden house. 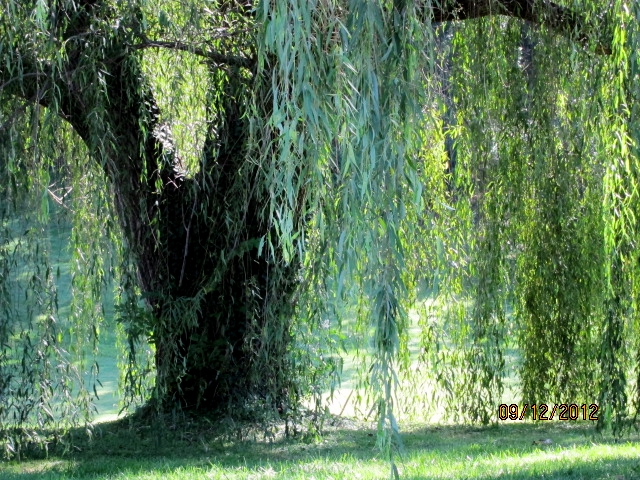 My new backyard is large, and in most cases, I would not plant a lot of trees. In most cases, I have wanted to preserve the maximum amount of sun for my sun-loving roses. But that won’t be an option for my new backyard, where a massive black walnut tree is flourishing. It not only shades a large area of my backyard, but it also produces a chemical known as juglone, and not very many trees or flowers will grow in spaces where there is juglone in the soil. I have written a post about gardening with black walnut trees here:

How to Garden Near a Black Walnut Tree

I am not certain how the juglone will affect the cherry trees, and I intend to plant them in my front yard, which is beyond the black walnut tree’s toxicity.

Forsythia is tolerant of juglone, and it also has a weeping habit. I’ll be planting forsythias around my pond. I want the pond to be where I’ll see it when I look out my back door–which is the door of my studio. I want to see spring flushing from the spot where I’ll be spending most of my time.

My studio door opens to a large patio, and I’ll run a garden wall along one side of that patio, and  I’ll hang planters and special garden sculptures there, too.

From what I understand, weeping cherry trees produce small and sour cherries that are not the best for human consumption, but the birds love their cherries. And taking care of the birds is one of my top priorities.